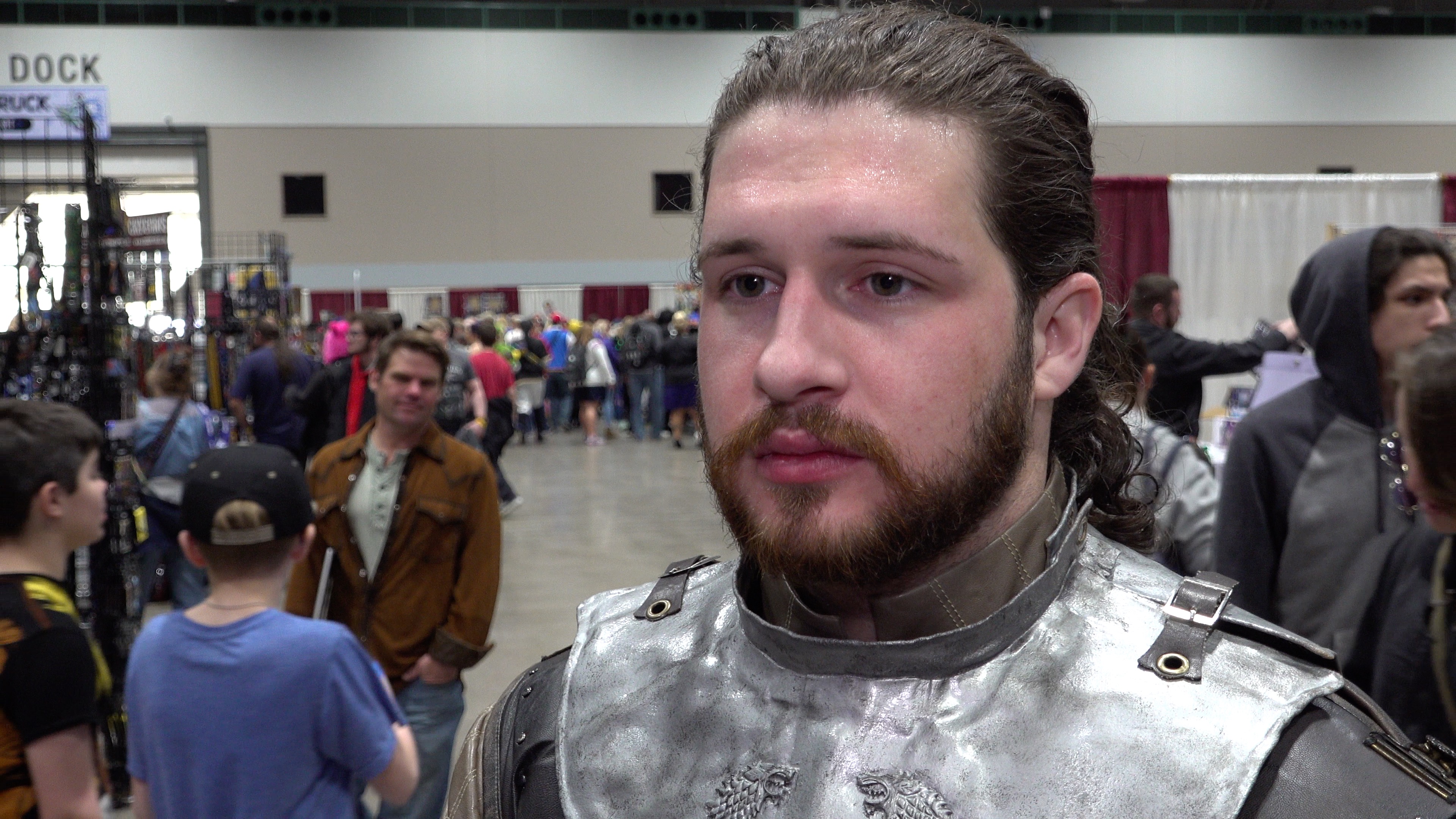 This year’s convention hit a record number in attendance as Planet Comicon continues to get bigger each year. This was Isaiah Shaver’s first convention and couldn’t get over the number of exhibitors.

“I’ve already walked around a couple of times and I’m gonna have to do it again because I feel like I see something new every time I turn a corner,” said Shaver. It might have taken Shaver a lot longer to see everything because he also dressed up as Jon Snow from Game of Thrones.

“I made his face once on accident, and someone said, that’s really close to Jon Snow, and then I decided to grow my hair out, and it kind of grew from that.” He not only had the correct costume for his cosplay, but he really does look like Kit Harrington, the actor who portrays Jon Snow. “I hear a lot of gasps, and then I try to just play the part and keep looking forward,” said Shaver.

He really takes this part seriously. What you can’t see is under his costume, he has a tattoo of Snow’s sword Longclaw on his forearm.

This year there weren’t any celebrities from Game of Thrones, but you had plenty of others who dressed up as other characters from the hit HBO show, which is about to end its run starting on April 14th.