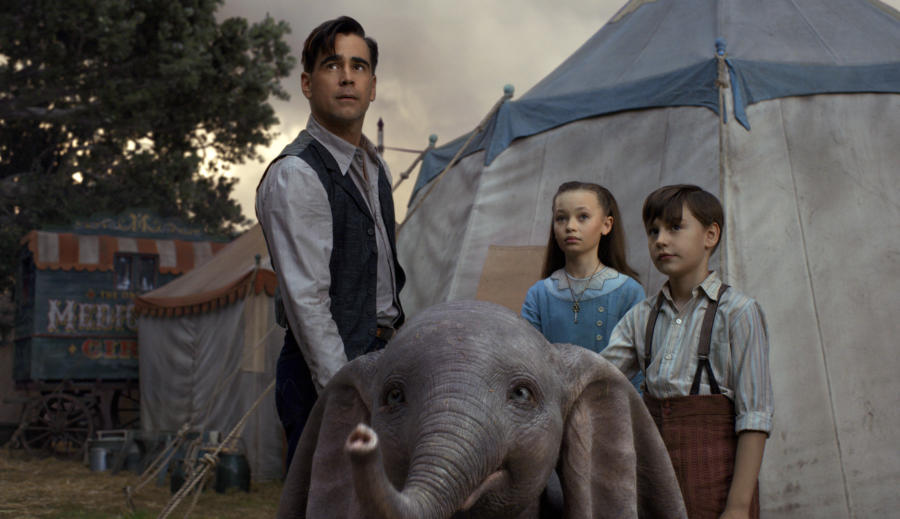 “We tried to create an intimacy with the cast and what the story was about. We come into the story and it, you know, it’s right after World War One times are tough things, you know, people are struggling, this circus is struggling. So, you know, Danny circus is, you know, it’s a big traveling circus is kind of hitting hard times and, you know, so it follows that and the struggling, weird family of circus people. And that’s when Dumbo comes into it. Yeah, that’s where, you know, his story, Dumbo and the rest of the people in the circus and hold everybody’s stories for parallel to Dumbos,” says director Tim Burton.

Nico Parker plays Milly Farrier in the film. Milly and her brother Joe find Dumbo and become his guardians once his mother is taken away for protecting him. Parker is the youngest daughter of actress Thandie Newton and Ol Parker. This is her first co-starring role in a major film.

”I think I did about four or five auditions. And the first edition was a self-tape, which I kind of prefer because I wasn’t nervous. I wasn’t meeting anyone, it was fine. And then I got a callback, which is when I first met Tim, and that was terrifying. He was so nice, but so terrifying at the same time because this is Tim Burton.”

One of my favorite Tim Burton movies is Batman Returns starring Michael Keaton and Danny Devito. They are back together on the big screen, but not as Batman and the Penguin. I expected some kind of Easter Egg referencing this, but I couldn’t find one.

You can wait around for a post-credit scene, but there wasn’t one in the press screening I attended.

Burton is a master director, and this film reflects his dark style, but if you are hoping for his classic weirdness, you won’t find it watching Dumbo.

*Interviews and video provided by Epk.tv.