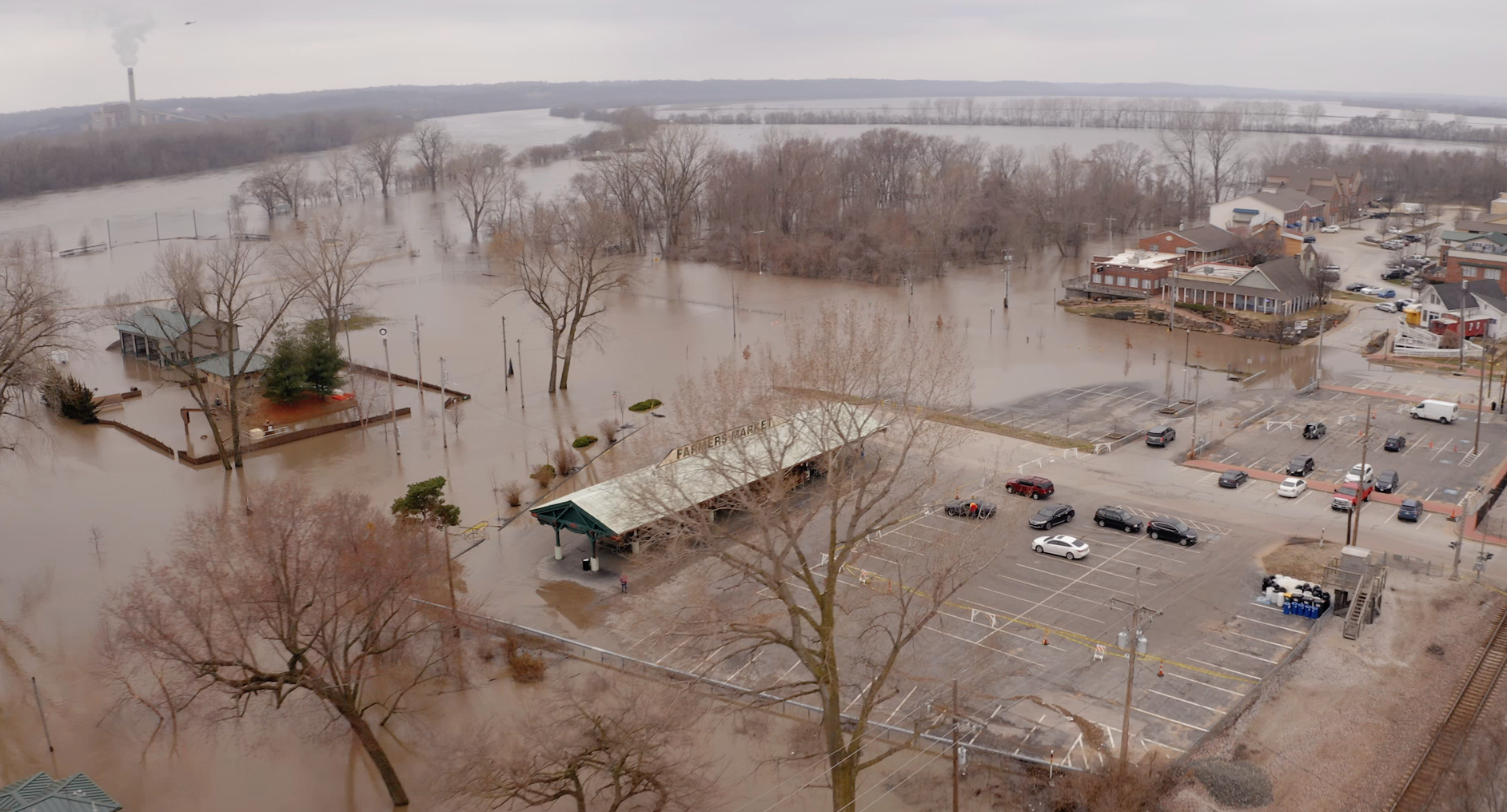 If you thought you were reading about the conditions that led to 2019’s Midwest flooding, it would be understandable. After all, Kansas City saw higher-than-average snowfall this winter. And then in March, an air pressure system produced a rare “bomb cyclone.” Combined with the heavy moisture from the winter snow, the bomb’s hurricane-force wind gusts and ferocious snow, rain, and hail created perfect conditions for flooding. The water has so far claimed three lives and done several billions of dollars in property damage.

People who’ve lived in the area for a while say that recent conditions mimicked those leading up to the Great Flood of 1993, one of the worst on record in the United States. That flood racked up an estimated $20 billion in damages in the areas affected. More than just physical property, the water washed away lives and livelihoods. Over 50 people died, and tens of thousands were forced out of their homes.

Parkville, Missouri, was hit especially hard in ‘93. Straight off a wetter-than-usual fall and winter, the relentless rains started in April. By June and July, as more thunderstorms rolled in, waters rose and levees failed upstream, residents volunteered to fill and stack 36-pound sandbags in downtown Parkville. They piled them at least 6 feet—high enough to stop any water headed their way. So they thought. The water roared over the barricades, submerging roads, farmland, homes, and businesses.

Facing floodwaters like they’d never seen, residents and emergency responders went to work. The battle to save Parkville was on.

Kenneth Kieser, a local historian and author of several books on the flood, including “Missouri’s Great Flood of ’93,” described saving records at City Hall: “All the records were kept up here in the eaves,” he said, pointing to a photo of the building with water past its first-floor windows. “And they cut a hole in the side of the roof and they dropped the boxes down the shingles and into a waiting boat—all the public records.”

Captain Jon Jordan of the Parkville Police Department recalls helping to move things from the Farmers Market as the first floodwaters were coming up. By the time the operation ended, the water was knee deep. “It came up that fast,” he said.

Kieser was on the river for two weeks photographing the devastation, shooting more than 600 transparencies. “To me what was more dramatic than anything, was the silence,” he said. “When you’re floating in a floodplain, it’s ungodly silent. It’s just quiet. It’s just unnaturally quiet.”