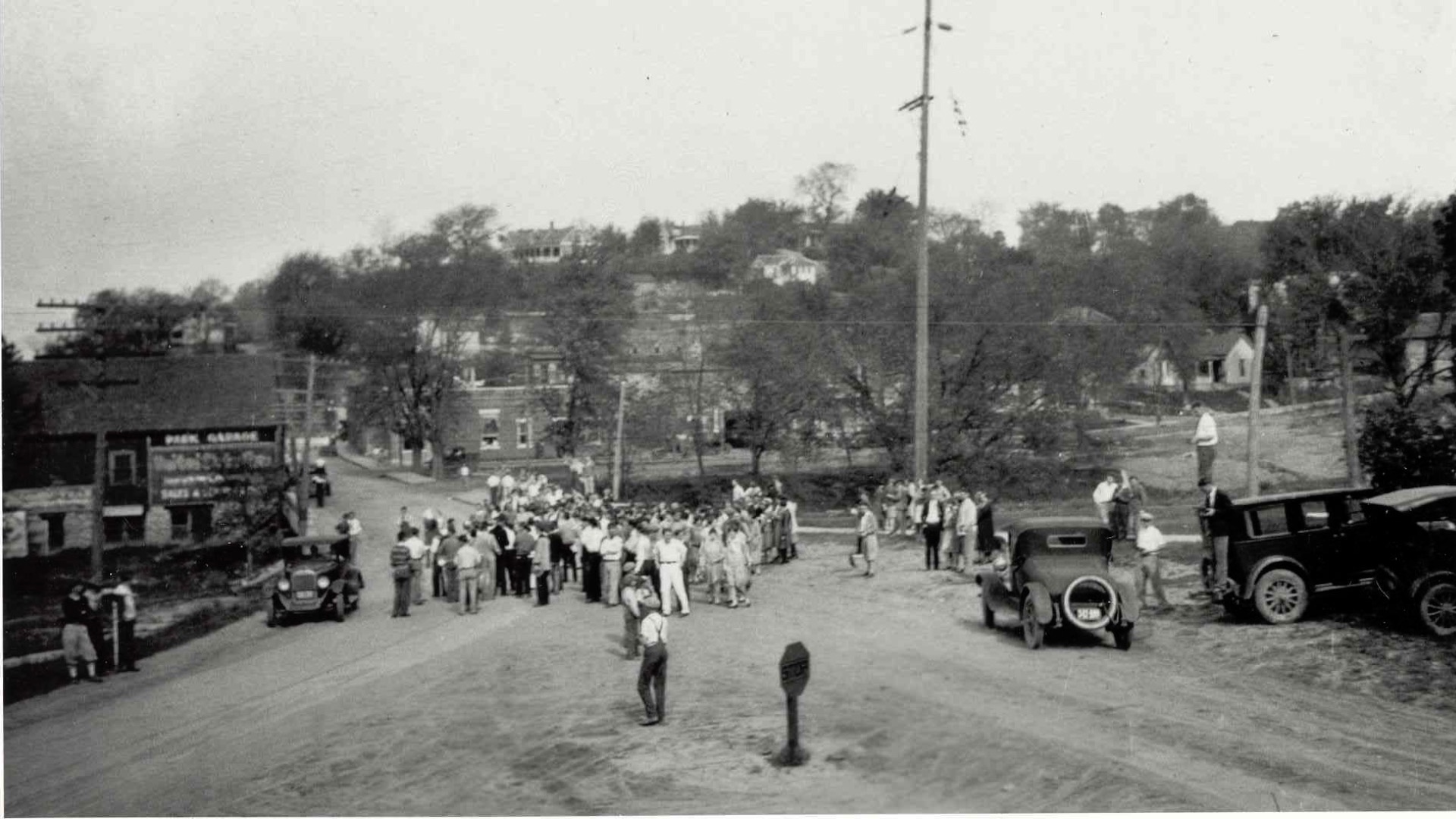 Discover Parkville’s history through its current landmarks and attractions.

Whether you’re a history lover, a tourist or a local parent searching for a wholesome day trip for the kiddos, look no further than Parkville, Missouri, a small river town with a rich past.

Against a backdrop of limestone bluffs, wooded trails, and the Mighty ‘Mo, visitors to Parkville can enjoy local restaurants, boutiques, antique shops, art studios, a bed and breakfast, and a quaint Main Street. Few sightseers probably know the secrets many of those attractions and landmarks reveal about a history that dates to the Lewis and Clark era. It’s awash with lore about steamboat activity, hemp tobacco farming, mosquito plagues, border wars and a college that transformed the town’s fortunes.

Central to Parkville’s past is the town’s namesake, George S. Park, a Vermont native and a veteran of the Texas of Independence who arrived in Platte County in the 1830s. Park was a merchant, postmaster, land speculator, builder, and entrepreneur. He was also the founder of Parkville’s first newspaper, the Industrial Luminary, and instrumental in the founding of Park College, now Park University.

How can sightseers experience Parkville’s storied past? By visiting a few vestiges that help tell the tales.

Visitors to present-day English Landing Park can enjoy jogging and biking trails, picnics and an array of sporting facilities. The area also bustles with Farmers Market shoppers and attracts regional tourists with popular annual events such as Parkville Days, the Microbrew Fest and the July Fourth celebration and Christmas on the River.

The precursor to all this modern-day activity was simply a log warehouse and some adjacent riverfront property that two brothers used as a steamboat landing. It attracted trappers, traders, and farmers. The brothers, David and Stephen English, built the warehouse by 1839 in a settlement then called “English Landing.” Park bought out the English brothers in November 1840 and changed the town’s name to Parkville.

According to Carolyn Elwess, an archivist and 1971 graduate of Park College, the area was attractive to Park because “at the time the Platte River emptied into the Missouri just west of Parkville —perfect for steamboat traffic. It developed faster than Kansas City because of that.”

Park began buying property uphill on what is now old downtown Parkville. By , Park had built more warehouses and Missouri Valley Hotel, a large structure, located near the railroad depot. The current depot building, built in 1889, has served many purposes over the years – once used as Parkville City Hall. It is now home to the Cathy Kline Art Gallery, where visitors can experience contemporary art in a historic space.

Park also set aside land for what would become Park University. He would have to wait out political and social firestorms and the collapse of the town’s commerce before he could realize his dream of building a college on the frontier.

As the 1850s wore on, the prosperity that resulted from the shipping of hemp and tobacco was overtaken by a devastating fire in the business district, and the conflict between slavery proponents and abolitionists over whether Kansas should be a slave or free state. The tensions escalated into ongoing violence.

As the publisher of the town’s newspaper, Park himself was a target. Elwess said that in 1855 Park editorialized against the illegality of Missourians voting for slavery in Kansas, in what was not their territory.

“As a result, a mob came from Platte City,” she said. “He [Park] was in Kansas at the time, and they took his printing press, and all the type and all the equipment, marched it around to the river and threw it in.”

Commercial activity was replaced by saloons and gambling halls, and by the end of the Civil War, meaningful commerce had ceased and Parkville had been decimated

Although the economic situation did not immediately improve, Parkville’s fortunes eventually took a fortuitous turn.

Remember the land Park had set aside in the 1850s for a college? By 1875, Park collaborated with The Reverend Elisha Sherwood and John McAfee, the former president of Highland College in Kansas, to create Park College. Boasting 17 students, it was originally housed in the old stone hotel Park had built in 1852 and fondly referred to as “Old Number One” – the first college building. One of the hallmarks of the school was a program that allowed students to earn tuition by helping to build the college. One of oldest campus landmarks, Mackay Hall, was one of the buildings constructed with the help of student labor. Started in 1886 and first occupied in 1893, it is still in use today as administrative offices and classrooms.

“As people started to see the power of the college bringing more people to town,” said Elwess, “the people needed houses, they needed a place to buy food, they needed everything from hardware to coffins—you name it—and so merchants began to become more successful. College people built houses all over town for their staff and families. So, it began a little a boom for Parkville. We could kind of say the college really did save Parkville at that time.”

Today, Parkville is not only booming, but it’s also earning national accolades. Its historic Main Street, which houses trendy shops and restaurants in buildings dating to the 1800s, was named to USA Today’s list of the “Most Charming Main Streets” in 2018. “Only in Your State,” a national tourism website, designated Parkville “the coolest place in the Midwest.”

So, if you’re looking for a friendly destination where old meets new, Parkville fits the bill. Visit Parkville, Missouri, Main Street Association or contact HistoricParkvilleMainStreet@gmail.com to plan your visit.